Now is a good time to do it.
see here 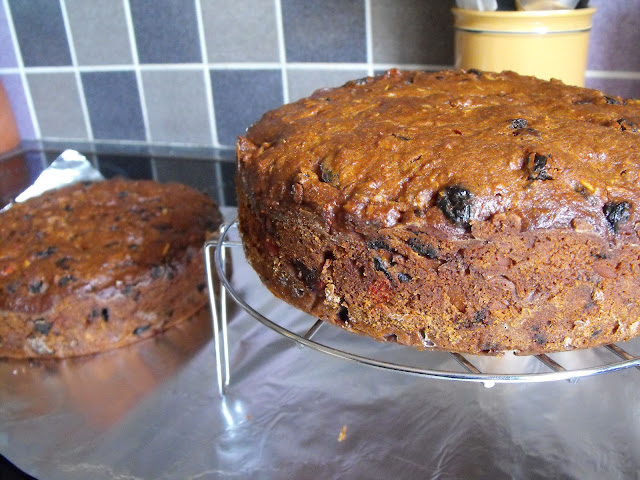 A good friend of mine is currently a final year student underaking a human nutrition degree at the University of Westminster and is busy working on his final year project.
The project is investigating the advice given out to vegetarians and vegans surrounding supplementation of their diet and to identify why they do or they don't take supplements.
He needs our help to answer his questionnaire.
It will only take a few seconds AND you'll be enetered into a prize draw for a vegan cookbook.
YAY!
All information will be treated with the strictest confidence and no personal details will be shared to other parties.
Please head on over here and help my friend get his degree.
at 17:10 7 comments: Links to this post 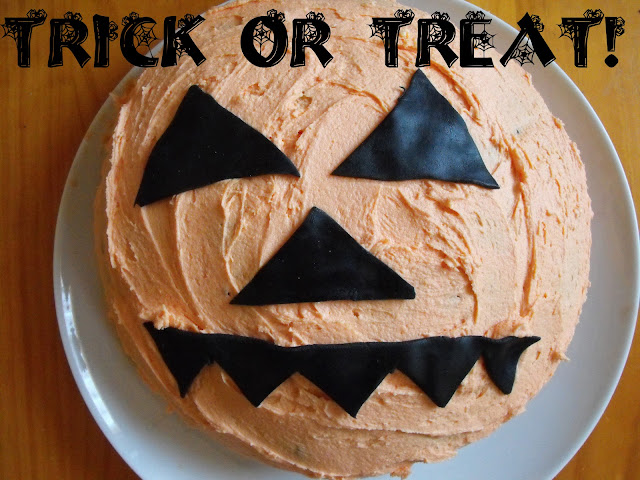 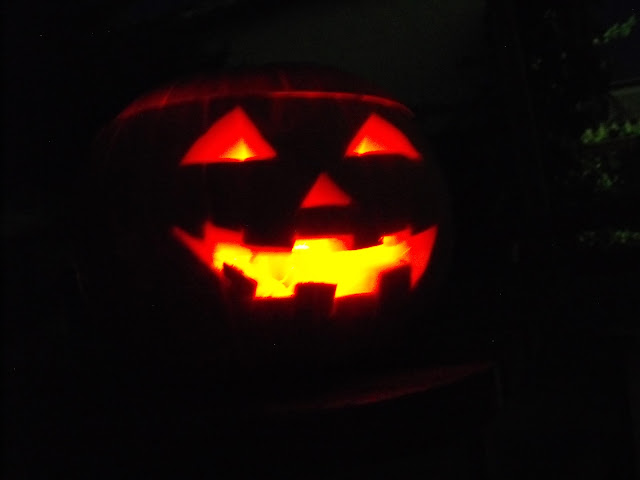 Happy Halloween to all my Vegan MoFo buddies - it's been a fun crazy ride. See you next year!
at 19:04 11 comments: Links to this post

Vegan MoFo Day 27 - The Tempeh Conspiracy and Other Stories 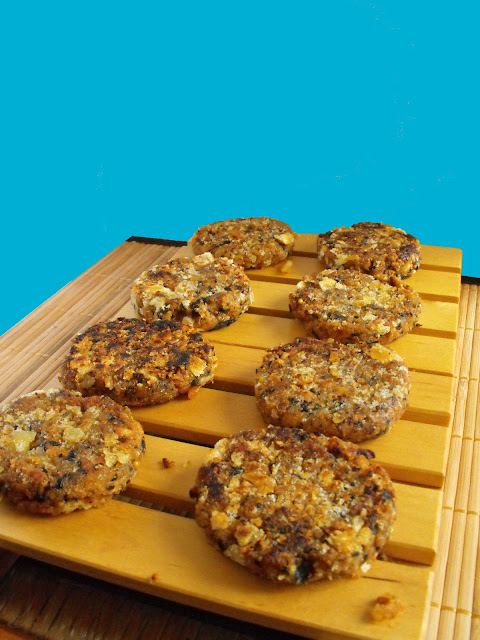 Yes I think there is a tempeh conspiracy against me. The first time I ever tried it was this bottled stuff in brine and it was minging.
Yet so many trusty vegans I know of declare their tempeh love on a daily basis so I've been determined to give it another go. I was pretty impressed when I spotted some fresh tempeh at my local supermarket, so I bought some. That was about 2 months ago. Afore mentioned product has been sitting in my fridge keeping the lone pickled onion company ever since. I didn't know what to do with it and there was that little bit of trepidation based on my last (and first) experience that was also playing a big part in my reluctance.

I PPK'd, I MoFo'd, I even Googled (I know, so primitive right?).
I had enough tempeh teasers in my brain that I felt confident enough to attepmt to cook with it today.
What had I chosen you're all dying to know?
Chesapeake Tempeh Cakes from the AWESOME Isa.
So I opened the package, started to crumble the tempeh only to stop after 2 seconds, slightly confuzzled 'cos this tempeh shatang looks very similar to tofu. I grab the package, double check the label......hmmmmm........tofu sukiyaki estilo al japones is apparently not tempeh but, umm.....well......just tofu.
Determined not to abandon my plans (bearing in mind I'm now craving some fishy fried bredcrumbed goodness) I went ahead with the recipe anyway. I followed it step by step instead I didn't use red pepper and I used regular coarse homemade breadcrumbs.
These came out a cross between a Maccy D's filet o' fish and a fish cake.
They were so so good. So so fish like. If I hadn't of made them with my bear [sic] hands I'd be screaming that someone had tried to poison me.
Think I'm exagerating?
I'm not.
Pretending that I'd been cleaning out the freezer and found a bit of cod that needed using up, I gave peskytarian Mr treehugger 2 of these for his lunch.
When asked if they were nice his only comment was; "There's too much lemon juice in them."
Well I laughed because there's no lemon juice in them at all! He meant vinegar (he's a wuss with acidic things, they weren't too vinegary for me).
So I asked him if the cod tasted alright or if it had been in the freezer too long and he said "No, the fish is lovely".
RESULT!!
He would not believe me when I told him they were vegan.
I would still like to try the original recipe though, the way they were intended, but this really was a very happy error on my part.
GO VEGAN!
Go MoFo!
at 20:55 19 comments: Links to this post 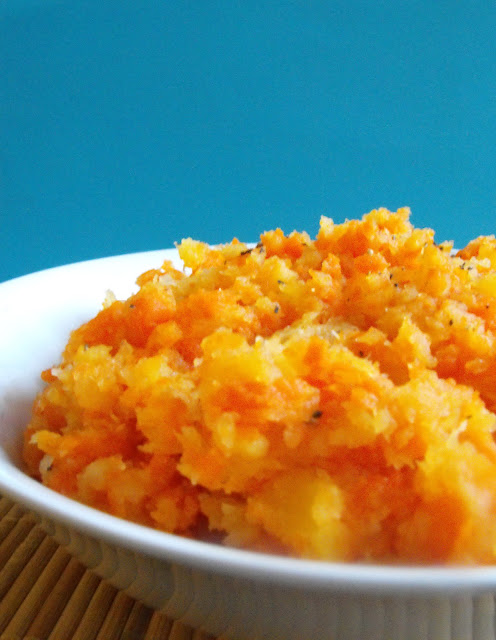 Or rutabaga to my American pals.
This is one of my favourite side dishes and is a sure sign that winter is looming.
Boil some carrots and swede, drain then mash with some salt and freshly ground black pepper and a HUGE knob of vegan butter.
Seriously simple but seriously good.
Save the water for making soup or gravy. 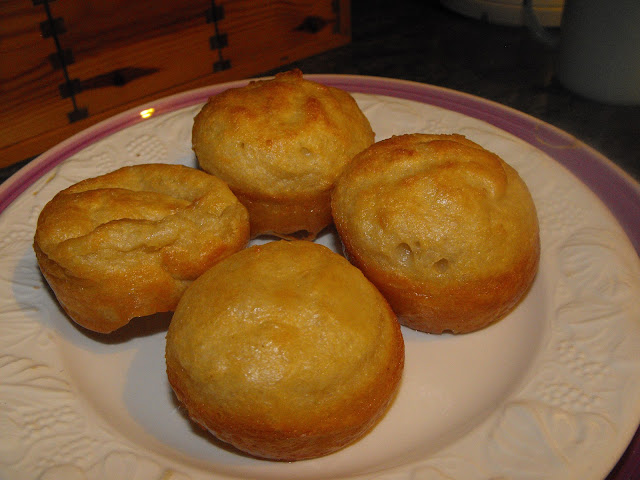 I have my Canadian buddy Felicity to thank for the heads up on these little beauties.
They say necessity is the mother of invention and it was necessity, or rather running out of regular flour to be more precise, that made me reach for the strong bread flour.
These came out AMAZING!
I will be using the bread flour to make Yorkshire Puddings from now on.

Method
Mix the flour, chickpea flour and salt together in a bowl and gradually pour in the milk whisking really hard.
Put to one side and go about your business. Every 20 mins or so give the mixture another good whisking, do this about 6 or 7 times in the next couple of hours.
Preheat the oven to 230C (450F). Pour about a teaspoon of vegetable oil into each muffin pan hole and place in the oven for about 20 mins - the oil needs to be smoking! Seriously.
Whisk the mixture again and pour into the hot muffin tins, about two thirds of the way up.
Return to the oven and cook for 20 minutes.
Don’t open the oven door to check them as the oven needs to stay really hot. If you need to turn the pan round just do it as quickly as possible without causing a serious accident.
These Yorkshires pop out of the tin really easily.
Serve alongside your usual roast dinner gubbings and lashings of gravy.
Deeeeee-lish

Not sure what a Yorkshire Pudding is?
Check out the history here.


And check out Cat's Yorkies too. 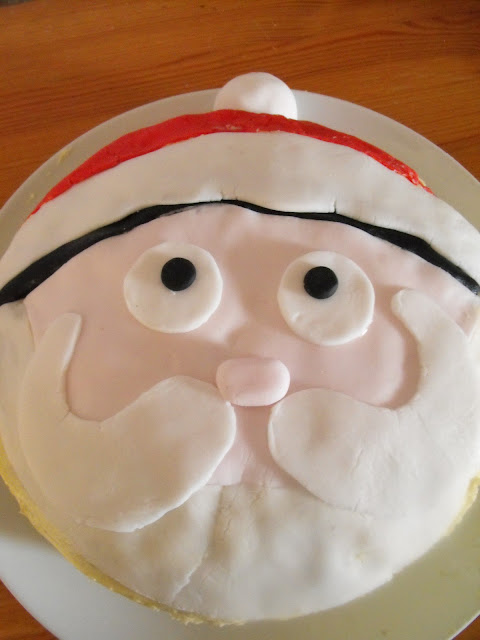 No your eyes do not deceive you, this was a birthday cake request. It somewhat resembles a South Park character but that wasn't intentional. This was a sponge cake minus the cherries, sliced in half and filled with strawberry jam and buttercream then covered in more buttercream and decorated with fondant icing.
The Christmas and Birthday hating friend was delighted with it.

Sharing the vegan love makes me happy. Being nominated by three truly awesome bloggers makes me happy too.
Big thanks goes out to:
Tales of a Vegan Food Fetishist
Vic from The Life
Veronica at Veggie V's Vegan Adventure
So the rules are as follows:
Show your thanks to those who gave you the award by linking back to them.
Reveal 5 of your top picks and let them know by leaving a comment on their blog.
Post the award on your blog.
Enjoy the love and support of some wonderful people on the interwebz!

Sal at Alien on Toast - because I just love her and she's been poorly. x x x

Johanna at the Green Gourmet Giraffe - 'cos her recipes are amazing and I LOVE giraffes.

The Stripey Cat - 'cos I really love her blog and she bought Orange Chocolate Cashew Cheesecake into my life.

Andy at In My Vegan Life - because she's an AWESOME person with an AWESOME blog :-) 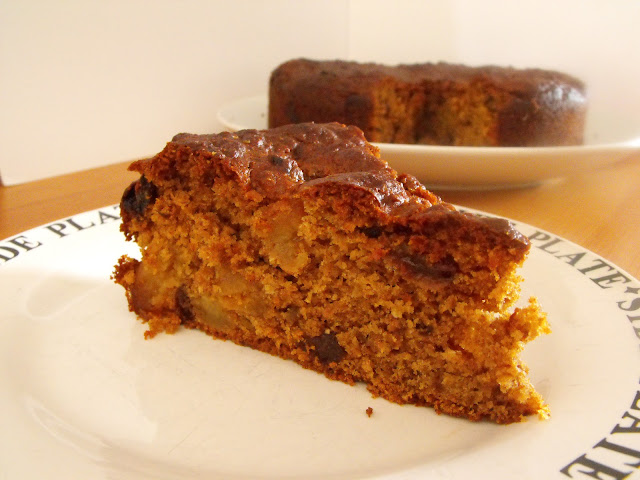 This cake is wonderfully moist and flavourful. Goes perfectly with a cuppa tea.
Apricot Fruit Cake

Method
Soak the apricots, prunes and sultanas overnight in a bowl with the apple juice.
Pre heat oven to 170 degrees (325 fahrenheit).
Sift together the flours, bicarb and mixed spiced.
Stir the sugar into the soaked fruit then add the oil, lemon juice and jam. Add this to the flour mixture and mix together really well.
Pour into a greased 8 inch cake tin and bake in the centre of the oven for 55-60 mins.
Test to see if the cake is cooked by inserting a tooth pick into the middle of the cake. If the tooth pick comes out clean the cake is ready.
GO VEGAN!
Go MoFo! 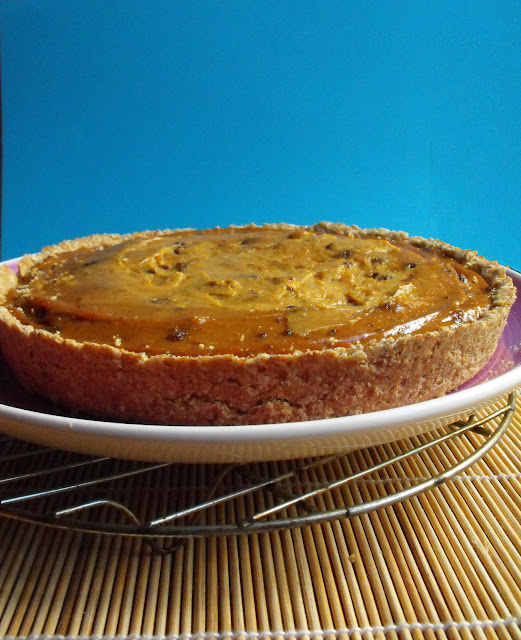 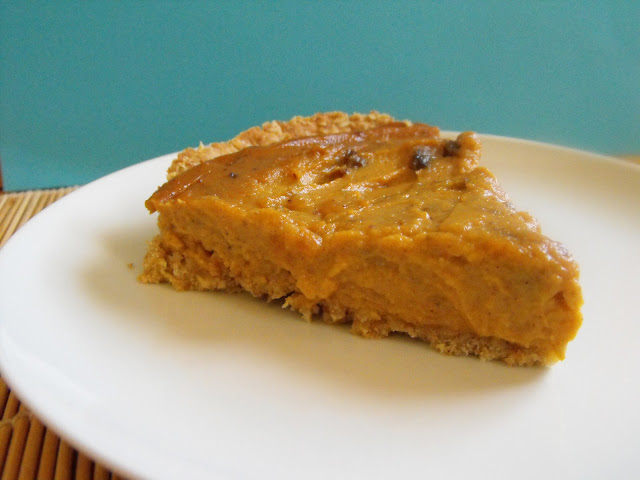 Another AWESOME recipe from Vegan Vitality
Next time I'm gonna leave out the sugar 'cos this is a bit too sweet for me even though there's only 100g in the entire recipe.
So I'll just have to make another one to make sure it'll taste OK.
Oh the sacrifices I make